Mr. Dollard has more than 20 years of experience in hydropower industry. Mr. Dollard was responsible for the operation and maintenance of over 65 hydroelectric and other renewable energy generating projects across the United States during his preceding 14-year employment with Enel Green Power North America, Inc. (formerly CHI Energy, Inc.) Mr. Dollard also worked with Rivers Engineering and has completed various civil, structural and water resources analyses and designs. He has a B.S. in Civil Engineering from the University of New Hampshire.

Dan Irvin, CEO of Free Flow Power, commented, “We’re thrilled to have Jon leading our engineering team. We expect his experience in design, operation, and maintenance of utility-scale renewable energy facilities to enhance the value of our development pipeline.”

Mr. Dollard remarked, “ I look forward to working with FFP team who is clearly one of the leading hydropower development companies within the United States. It’s wonderful to join a team that has a common goal of economically developing renewable energy sites and I hope to share my past experiences with them to ensure success. ”

Free Flow Power Corporation is a clean renewable energy company focusing on hydropower, hydrokinetic and hydro pumped storage projects as reliable, cost-effective sources of electricity and grid stability. Free Flow Power is developing a pipeline of over 150 projects representing potential capacity of more than 3,500 Megawatts in the US on behalf of investors, utilities, and electricity consumers.

Biogas was once the domain of third world countries, but people at build-a-biogas-plant.com show that as energy costs skyrocket and new biogas designs come on the market, even people in a Western city can benefit from a biogas digester.

Biogas is produced when organic matter is broken down by bacteria. The organic matter could be cow dung, but equally it could be the food scraps we throw away every day in our homes. Instead of these scraps going to landfill, they could be put far better use and go into a digester to produce biogas.

The biogas is made up of a large amount of methane, and methane is the important ingredient in biogas. Like natural-gas, biogas can be burned and used to heat water, create lighting or run our cooking stoves and it can even be used to run generators which produce electricity.

“We have been overwhelmed by the response to access the biogas information,” said Simon, a staffer at www.build-a-biogas-plant.com. “Our digester designs cater for individual’s household use, but larger systems are also available for communities, farms and other commercial businesses”.

In the United States alone, billions of tonnes of manure are produced each year by millions of cattle, pigs and chickens. Imagine how much electricity would be produced if all this dung was processed in biogas digesters? Not only would it replace a lot of natural gas but the residue makes a wonderful fertilizer (often better than commercially prepared products).

Patrice Townsend, Key Account Utility Specialist for the Kansas City Board of Public Utilities and Cynthia Johnson, Superintendent of Stores, were recently named recipients of the 2010 Black Achievers in Business and Industry Award, sponsored by the Southern Leadership Christian Conference of Greater Kansas City and the Black Achievers Society. Townsend and Johnson were honored at a Recognition Dinner on January 14, 2010.

The Black Achievers Award is awarded to African Americans in middle to upper management business positions in Kansas City who display corporate accomplishment, better their community through civic and philanthropic activity, and mentor others around them to exceed and achieve.

“Patrice and Cynthia are terrific well-respected utility employees, professional in their work capacity and active within the community,” stated Don Gray, General Manager of the BPU. “Both have achieved greater responsibility within the organization, continued their education and professional development, and remained active in civic and other causes.”

Townsend, a 25-year employee with the BPU, worked her way up from a Customer Service Representative to the key position she holds today, where she acts as the primary liaison to key utility customers. In the community, she has served on the Board of Directors for the United Way of Wyandotte County, is president of the BPU’s Employee Foundation, Inc., coordinates the Annual Day of Caring within the community, assists with Back-to-School Project fundraising efforts, and organizes BPU’s support for the KCK Housing Authority’s “Christmas in the City” annual event. Townsend graduated from Sumner High School , attended Kansas City , Kansas Community College where she earned an Associates Degree in Business, received a Bachelor of Science in Business Administration from Rockhurst College , and is currently working towards a Master of Arts Degree in Management and Leadership from Webster University.

Johnson, a 24-year employee with the BPU, has also achieved positions of greater responsibility, working her way up from Stock Control Clerk to her position today in which she is responsible for all inventory management and control of the utility’s five logistic warehouses. In the community, she is a 2009 graduate of Leadership 2000, a nine-month leadership initiative that trains area leaders in community service. Johnson also assists two faith-based community projects that assist in clothing the homeless and elderly, and assisting battered women. In her church, she serves as a key administrator for its community outreach programs that administers through theatrical productions and serves as Superintendent of Christian Education. Johnson graduated from Washington High School , and has participated in numerous training and professional development courses offered by BPU.

About BPU
BPU is a public utility that serves approximately 65,000 electric and 51,000 water customers, primarily in Wyandotte County, Kansas. The mission of the utility and its 640 employees is “to be the utility of choice and the workplace of choice, while improving the quality of life in the communities we serve.” Go to www.bpu.com for more information.

Npower juice fund sponsored pioneering wave power device that could provide a major breakthrough in the drive to hit sustainable energy targets is a step closer to commercial use after tests proved the system is highly effective.

The company was able to develop its ground breaking Wave Treader technology after securing £60,000 of funding from npower’s Juice fund – a unique scheme that supports the development of wave and tidal technology.

The financial backing enabled the company to put the device through a feasibility study into its commercial electricity generating application. The Wave Treader has since achieved proof of concept and a full size prototype could be ready for testing in 2010.

Managing director of Green Ocean Energy, George Smith, said: “We have drawn on our extensive skills and experience in the energy sector to develop this technology. The support we have received from npower through the juice fund has enabled us to take a huge step forward in preparing the device for widespread use in the offshore environment. These are exciting times for the company and we look forward to eventually seeing the device incorporated into offshore wind farms.

“The Wave Treader has the potential to significantly increase sustainable energy generation both in the UK and around the globe. If we’re going to reach the Government’s target of generating 20% of the UK’s energy from renewable sources by 2020 it’s essential that a range of sustainable sources are put into widespread use.”

Green Ocean Energy was established in 2005 with the aim of generating ample, clean and sustainable energy by harnessing marine energy in ways that are harmonious to the environment and economically viable.

Helen Steed of npower’s Juice fund commented: “We are delighted with the results of the Green Ocean Energy Wave Treader. The device is the first of its kind, and shows tremendous potential in utilising existing off-shore infrastructure to generate clean renewable energy. This is exactly the type of project that npower juice fund was developed for.

The Wave Treader has been developed using the core concept of a stand alone wave power device called Ocean Treader which is also being developed by the company. Mounting the device on the foundation of an offshore wind turbine makes that technology more commercially viable because of the relatively low technical risk.

Uniquely, Wave Treader can turn to face the direction of the wave train to ensure maximum operational efficiency. It also has active on-board adjustments to allow for the effects of tidal range.

With a design life of 25 years the machines have been designed to ensure they are highly reliable and use standard marine equipment.

The company is now looking to attract further investment to enable continual development of the company’s products.

About Green Ocean Energy
Green Ocean Energy was established in 2005 with the aim of generating ample, clean and sustainable energy by harnessing marine energy in ways that are harmonious to the environment and economically viable. The company based in Carden Place, Aberdeen, is currently developing two wave power machines called Wave Treader and Ocean Treader for commercial use. Ocean Treader is a floating device designed for stand alone use in ocean wave systems.

The Sierra Nevada Carbon Cooperative (SNCC) can’t tell you the price for watching the Alpenglow sunset over Waddle Ranch, but they can tell you the price for carbon offsets created by preserving this 1,500 acre property. As fine a vision as open spaces in the setting sun may be, the bigger benefit here is the potential for a model that finances forest conservation.

The Sierra Business Council created the Sierra Nevada Carbon Cooperative in 2008 with start-up funding through a Sierra Nevada Conservancy grant. The SNCC is actively engaged in the first pilot project based on avoided deforestation—carbon credits for preventing the planned residential and golf course development. 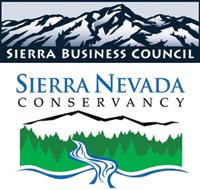 The Waddle Ranch project in Martis Valley will be registered and verified this month with the California Climate Action Registry (CCAR). Based on the inventory of the carbon pools on the forest and a calculation of the baseline, CCAR serializes each ton of carbon registered. These can be permanently retired once purchased or held in the project’s account. The SNCC acts as a liaison, connecting buyers of carbon offsets, landowners, and CCAR, to develop, register, and market these forest carbon offsets. Funds are returned to land owners, allowing owners to finance the conservation and ongoing stewardship of their land.

The Sierra Nevada region is a prime location for carbon offset projects. SNCC forest projects are certified under the highest standards, ensuring multiple co-benefits, such as protecting California’s upper watershed lands, maintaining wildlife habitat, and fostering a new green economy in a region with a long history of resource extraction.

“We’re examining how to maintain the Sierra Nevada as a carbon sink rather than a carbon source in order to draw more [carbon] out of the atmosphere than we are emitting. The Sierra Nevada will be a model and we must begin examining alternative forest management methods if we want to mitigate and plan for climate change in the state of California.” Betony Jones, Sierra Business Council

Contact Details: ABOUT THE CONFERENCE: SIERRA SOLUTIONS—Tools for Sustainable Communities, Economies and the Environment
October 3-4, 2008