uSwitch.com, the independent price comparison and switching service, is calling on industry regulator Ofgem to bring out tougher rules and regulations to govern energy doorstep and direct salesmen, after new research revealed that their sales tactics are leaving people feeling pressured, intimidated and on the wrong energy plan for their needs.

According to the research, almost 7 million UK households have taken out an energy plan on their doorstep or through a direct salesperson. However, less than a quarter of people who have done so (22%) believe they got a good deal. Of these, only 6% said that it reduced their bills significantly while just 16% said that they were very pleased with the deal they took up. On the flip side, 17% found that their new deal cost them more money than the one they switched from and almost a quarter (22%) said that they could have done better elsewhere.

Over four in ten people (44%) think that direct sellers on their doorstep, high street, at the local supermarket and on the phone are a nuisance. But for some consumers it crosses the line into something altogether more sinister with 22% finding salespeople intimidating and 59% finding the process too pressured, preferring time to think and make their own mind up.

More than a third of people (37%) think that salespeople don’t present them with enough information to make an informed choice, while almost half (45%) don’t like the fact that salespeople only represent one energy supplier – they would prefer to know what all the companies are offering instead.

As a result of growing unease and, in some cases, outright distrust, 82% of consumers would not buy directly from a salesperson. Almost a third (32%) would like to see tighter regulation, but over half (53%) would like to see the practice banned. Despite the fact that many elderly and vulnerable customers prefer to buy face-to-face or with direct human contact, almost three quarters of consumers (72%) say that direct selling does not have a valuable role to play in helping these groups to switch.

According to Ofgem, over half of consumers who switched in the past year did so through a direct or doorstep seller and vulnerable and prepayment meter customers are more likely to switch in this way. This suggests that rather than an outright ban, the regulator should be looking to keep open this important route to market for vulnerable consumers, but make sure they are fully protected and able to get the same level of information as those consumers who are able to shop around or do their own research.

Although Ofgem is bringing in rules to ensure that direct sellers have to provide consumers with a written quotation, uSwitch.com would also like to see consumers given more information about the types of deals available to them and a prompt to research the market before signing on the dotted line.

A year of price cuts has seen the energy industry improve its image in the eyes of consumers, according to the latest independent Customer Satisfaction Report published today by uSwitch.com, the price comparison and switching service. 65% of energy customers are satisfied with their supplier – a 6% increase on last year when suppliers’ popularity suffered because of eye watering price hikes totalling 42% or £381.

However, while overall satisfaction levels have improved, there are still some key areas for concern, including customer service which remains a thorny issue with consumers. In fact, little over half of energy customers (52%) are satisfied with their supplier’s customer service and, tellingly, only 45% of people would recommend their supplier to somebody else. Despite price cuts averaging out at 4% or £54 in total this year, only 51% of customers think their supplier is giving them value for money. Although a 6% improvement on last year, it is still 5% lower than in 2007 when suppliers last cut prices.

The report, based on responses from over 5,000 energy customers in the UK, suggest that suppliers are gradually getting back on track, with satisfaction levels almost as high as those of October 2007, another price cut year. However, there are clear differences between the big six suppliers. While Scottish and Southern Energy (SSE) satisfies almost three quarters (73%) of its customers, poorest performer npower only satisfies 54%.

npower has been rated bottom for satisfaction by consumers for the second year running, but despite this has still seen an 8% improvement on last year. British Gas, which previously held the bottom slot (in 2007), has seen an 11% improvement in customer satisfaction this time.

Ann Robinson, Consumer Policy Director at uSwitch.com, says: “Last year’s hefty price increases damaged the public’s perception of energy suppliers. As a result, the industry saw a noticeable drop in satisfaction levels. This year, suppliers are starting to get back on track, winning customers over by cutting prices and bringing out increasingly competitive new plans. But if they are to make a real dent they have to focus on customer service – just 52% of people are happy with customer service, which is poor by any industry’s standards.

“With such clear differences between suppliers there is no excuse for consumers putting up with bad service. If you are not happy that you are on the best deal or getting value for money – speak to your supplier. Only around 1.3 million or 5% of households are on online energy plans and paying the cheapest energy prices in the market – consumers can do something about this. If you are still unhappy with the service you are getting, then it’s time to look around for a new supplier. There’s some good news here. Not only could you save up to £425 on your energy bill, but switching is also the one thing that suppliers consistently do well. Almost three quarters of customers (74%) are satisfied with this part of suppliers’ service.”

Oil & gas companies have mobile and stationary assets distributed across thousands of square miles – and have immense volumes of with data on every aspect of their business growing by the hour. Composite applications f r o m Space-Time Insight (www.spacetimeinsight.com) leverage oil and gas companies’ prior investments in technology to deliver real-time, comprehensive situational awareness all on one screen – and the ability to take action f r o m the same screen. This helps oil and gas companies realize their vision of managing operations in real-time and on-demand. Oil and gas companies that do manage their operations in real-time and on demand can dramatically increase field productivity, decrease operating costs, and increase average production rates.

For more information on the solution, to see a recorded product demonstration, or read a white paper about how Space-Time Insight delivers benefits to the oil & gas industry, visit www.spacetimeinsight.com.

The move will give more choice, especially for those looking for an alternative to the big six energy suppliers who dominate the market.

Two challengers – OVO Energy and First:Utility – have launched highly competitive online energy plans. OVO’s plan averages out at GBP978 a year, while First:Utility’s plan is market beating, averaging out at GBP967 a year. This makes it GBP16 cheaper than EDF Energy’s online energy plan, which costs GBP983 a year on average and is the cheapest plan offered by one of the big six.

First:Utility’s plan is available in 12 out of 14 energy regions and, unlike its other plans, does not require consumers to have a smart meter installed. In the remaining two regions, its smart meter online plan is available and it has just announced that it is dropping the price on this too. OVO’s plan is a fixed price plan, which means that customers will continue to benefit even if prices go up during the duration of the plan. However, there is an exit penalty attached.

Will Marples, energy expert at uSwitch.com, says: “This is the first time that a ‘challenger’ energy provider has gone head-to-head with major suppliers on price and beaten them. This is because their size works in their favour – they are quick and nimble and able to react to falling wholesale prices quicker than their bigger rivals. It’s good news for those consumers who have been looking for a viable alternative to the big six, but who are concerned about paying more for their energy as a result.

Free Flow Power is developing hydrokinetic generation and new conventional hydropower generation on existing dams to extract clean renewable energy from moving water without building new dams or diversions. Mr. Youlen is the former head of North American Generation Development for Brookfield Renewable Power where he was responsible for development activities for hundreds of hydropower, pumped storage, and wind projects. Prior to development at Brookfield, he was VP Operations for 75 operating hydroelectric facilities in four states. 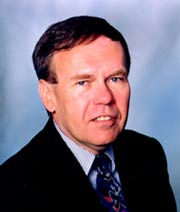 Mr. Youlen remarked, “This is the most exciting time to be involved in hydropower development in my lifetime. The hydrokinetic technology development is very important to the growth of hydropower in this country. My priority is to be at the right place to capitalize on the tremendous growth opportunities that lie ahead for this industry. I think this is a ‘once-in-a-lifetime’ kind of opportunity, and the team I’m joining is well positioned to take advantage of it.”

Mr. Youlen has 35 years of experience in the development and management of electric generation, transmission and interconnection facilities. Prior to joining Brookfield, Mr. Youlen was the former Managing Director of Hydroelectric Generation at Reliant Energy.

Mr. Youlen is a member of the board of directors and past president of the National Hydropower Association (NHA), and serves on the board of directors of the Independent Power Producers of New York. He is the 2009 recipient of NHA’s Dr. Kenneth Henwood Award, the hydropower industries highest honor, and the 2007 recipient of the American Society of Civil Engineers’ Rickey Medal for achievement in the field of hydroelectric engineering. He holds a bachelors of science in civil engineering from Rensselaer Polytechnic Institute and is a licensed professional engineer in the State of New York.

Dan Irvin, CEO of Free Flow Power Corporation commented “Dave fills a key position in our management team. We admire what he has accomplished over his career, have great respect for his talent and experience and are completely impressed at how clearly he sees the landscape in hydropower.”