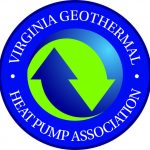 Richmond, Virginia, 2017-Jan-19 — /EPR ENERGY NEWS/ — Two Bills introduced into the Virginia General assembly last week raise the hopes of many. Hundreds of Virginians will lose their jobs over the coming months due to inaction on the federal level.

For years geothermal heat pumps, solar panels and wind turbines were treated as a triad and equally endorsed and supported by the government’s 2009 American Recovery and Reinvestment Act. When the Tax Credit was extended in late 2015 for solar and wind it left out Geothermal. Nancy Pelosi and other leaders immediately stated it was a drafting error that would be corrected ASAP. That never happened and we are left wondering, why?

“The government shouldn’t be in the business of picking winners and losers” Virginia Geothermal Heat Pump Association Director Richard Lay said recently. “We compete for the same consumers dollars. When the long standing Federal tax credit was extended last year for solar and wind and geothermal was omitted, we were left with an unfair playing field. Geothermal works better for Virginia than solar or wind. The return on investment is not even close. Side by side we beat them every time, but now our product is $1.00 and theirs is 70¢ and hundreds of people in the VA geothermal industry will lose their jobs because of it.”